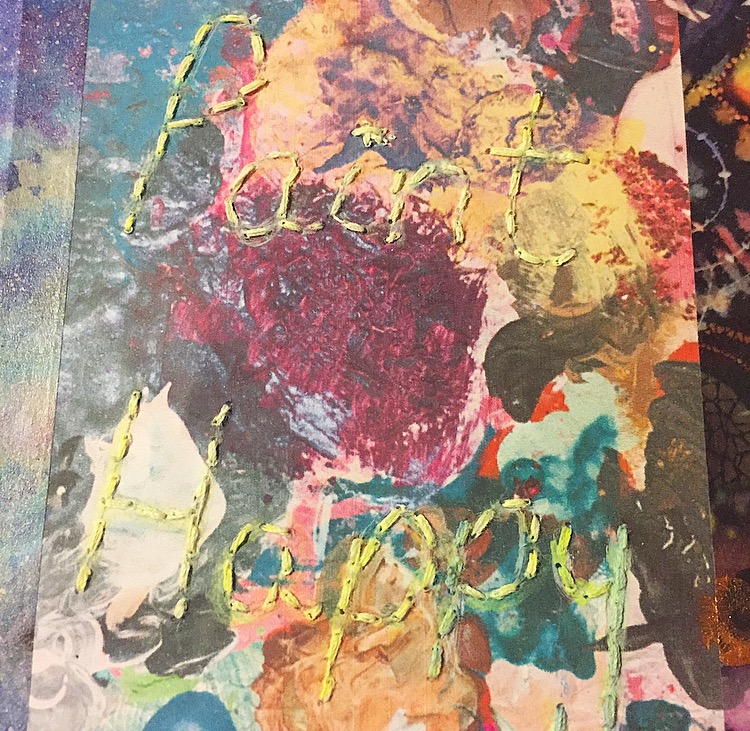 So we are now into July, how did that happen?? Earlier this year, Anna announced that the Brimbles HQ would be having a few changes. The boxes have stopped (definitely not an easy thing to say goodbye to, it was the first box I subbed to and it completely changed my planning life!). The sticker subscription still exists. As well as that, we also have the brand new creative Patreon.

What is it?
It’s an area where you will get to see Anna’s arty side. She will inspire you with her work and invite you to create with her. She will teach you techniques and open your mind to the world of creativity. At the beginning of the month, Anna will post a chatty vlog…these should come with enabler alerts as I’ve already started looking for a book she talks about in this first vlog!
Mid-month, Anna will post her art tutorial vlog and these will come with printable collage sheets. You are then invited to share your creations with us in the happy place.

Ok great! So what’s this post about?
Well, with the changes Anna brought in some new teams. There is the sticker sub team and the creative team. I am extremely lucky to be on the creative team. With this, I have been scheduled to post first! eeek!

I have watched the first two videos and have taken the lessons and inspiration given by Anna to create three different art spreads. All of these use the collage papers created by Anna.

Spread number one – Mixed Media, the one where I just went for it.
I loved creating this spread, Anna’s artwork threw so many ideas into my head. As soon as I saw the abstract painting I knew I had to use it. I wanted to keep it simple and after a bit of brainstorming, I decided to stitch words into the paper. This took longer than I expected, all I wrote was ‘paint happy’! I stitched by hand and I looped each stitch three times so it was thick and legible. I used white thread thinking it would stand out but it needed a little help, so I used a mixture of white and yellow chalk pens to really pull it out.

On the second page I used what originally started as what looks like a journal card. There was the abstract painting border and a white circle in the middle. Again after a little brainstorm, I decided to draw the moon. There’s something about the colours used that made me think of astrology so it fitted really well.
I then finished it off with some washi tape and acrylic paint.

Spread number two – collage and layer
In this spread I decided to work with Anna’s sketches and mixed media artwork. I love the aqua tones she has used, it HAD to be featured. I find them very calming and instantly thought of relaxing with a cup of tea and a book.

I have used a mixture of pre-coloured sketches as well as black and white (which I have painted). I then added a few of Anna’s tea and book stickers to get the effect I wanted. 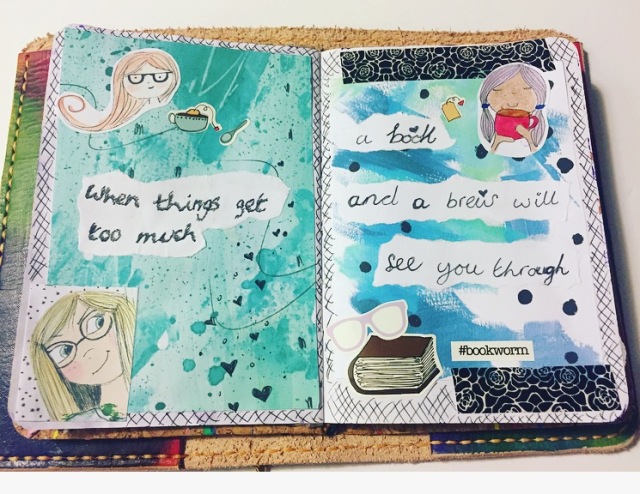 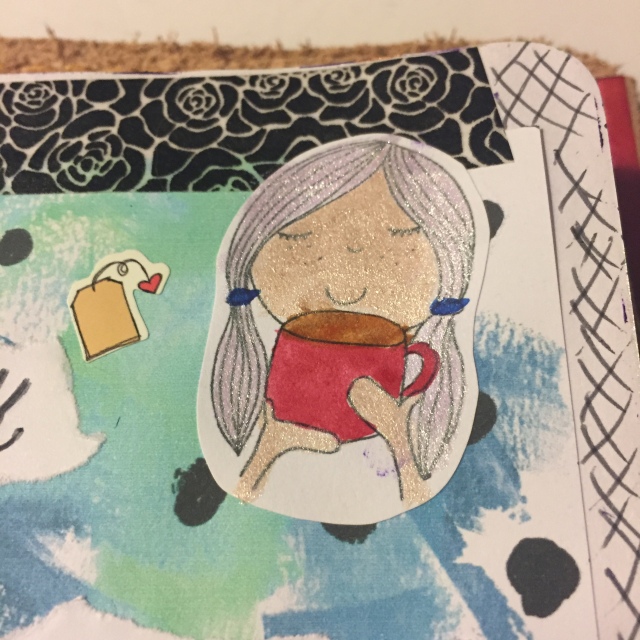 This was inspired by the pink floral artwork and sketchy technique. My style is quite floaty, mystical and I love flowers. I really enjoyed painting this page and experimenting with colour. I’m rubbish with faces so I painted my subject facing away. I then used a pen over the artwork once dry to get the sketchy effect. 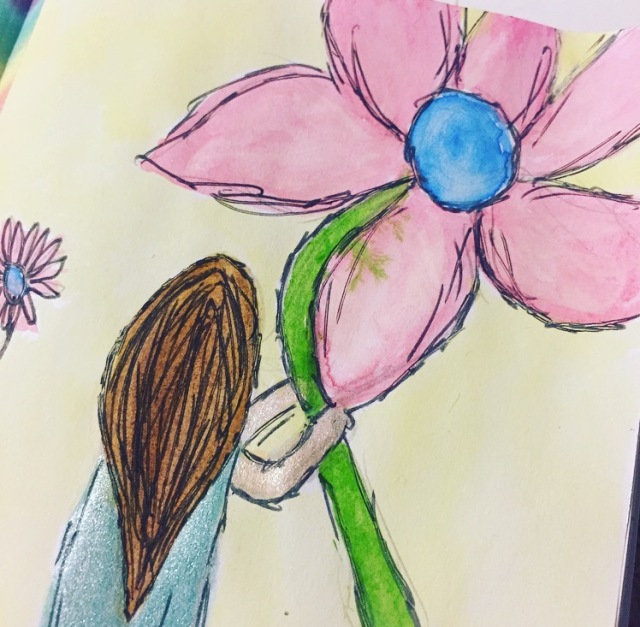 So that’s my three creations using Anna’s work. I would love to see what you come up with 🙂

Thank you for stopping by,